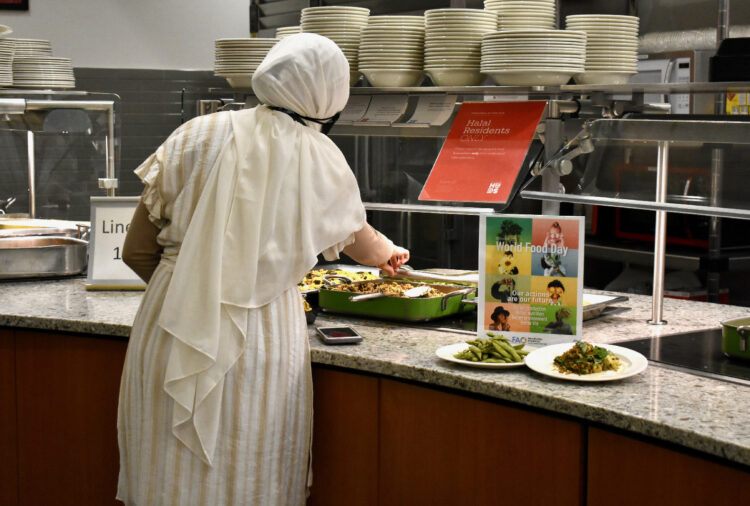 “We offer a globally inspired menu including a wide variety of halal options to accommodate the dietary needs of Stanford’s Muslim community,” Bertoldo says. Halal choices include Mediterranean meze bowls with quinoa tabbouleh, ghormeh sabzi (Persian herb stew) over rice and halal roasted chicken platters with seasonal veggies. And the inclusion doesn’t stop with special menu items. “We work across campus with partners such as the Office for Religious & Spiritual Life, the Muslim Student Union and The Markaz to support students with religious dietary needs.”

Across the country, a similar mission is underway for Harvard University Dining Services (HUDS). “Over the last 18 months, HUDS has focused on broadening our halal program to better support our undergraduate students’ ability to be fully engaged members of their community dining program, which is central to Harvard’s experience, and a core tenet of both HUDS’ Strategic Vision and Priorities,” says Smitha Haneef, managing director. 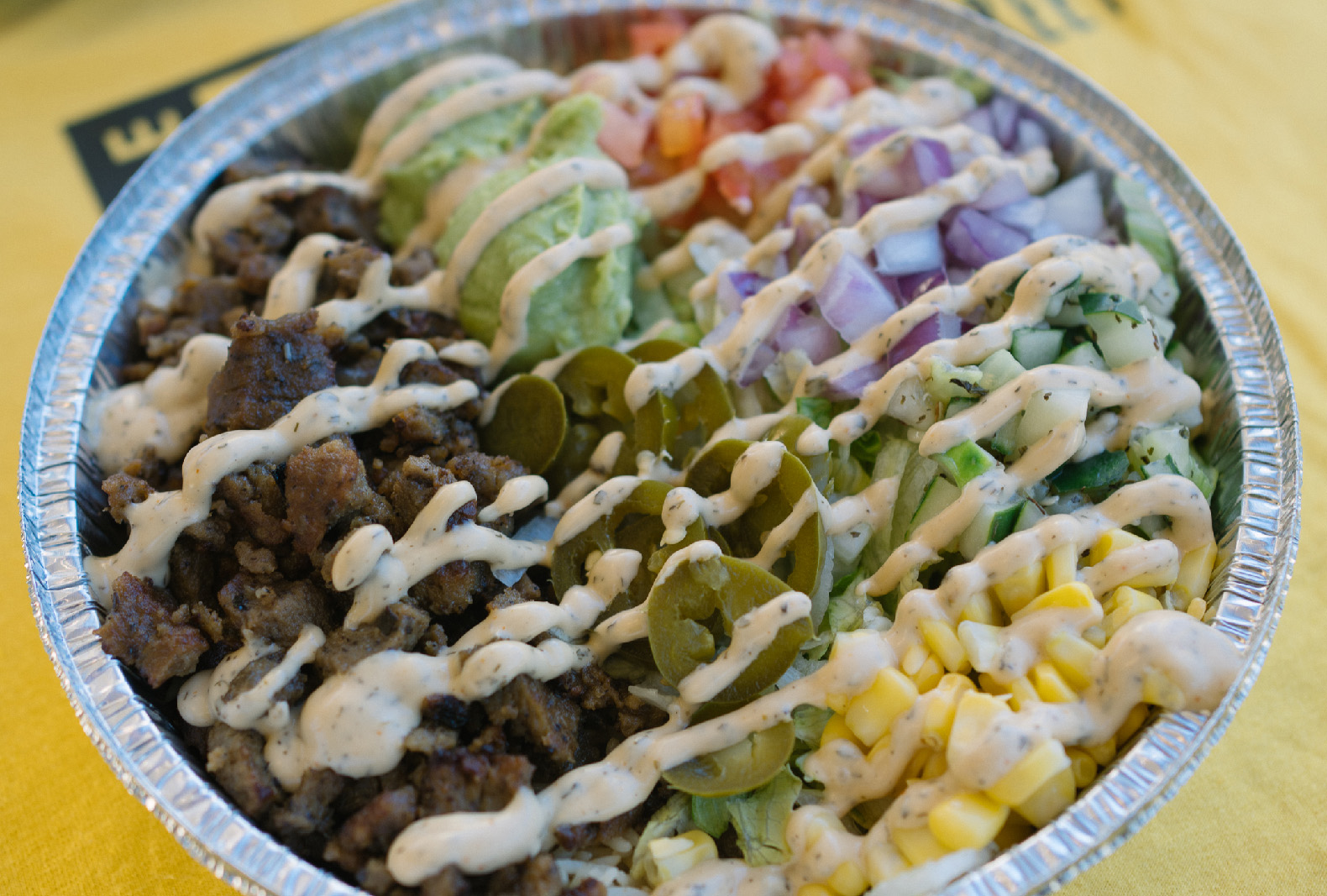 Halal Shack is a concept created by a SUNY alum and built for the evolving grab-and-go-centric needs of a college campus. It’s found on campuses all over the country and now has sister brands, a fried chicken concept and a pizza concept, both halal.

While Harvard’s dining halls (13 total) include three dedicated halal stations, the halal entrees of the day are available upon request at any locations, and halal proteins are being introduced in broader applications, an inclusivity move. “When we’re celebrating together as a community with a special dining experience, we’re incorporating halal proteins, as we did in October with World Food Day and a beautifully inclusive recipe of chicken tinga,” Haneef says. 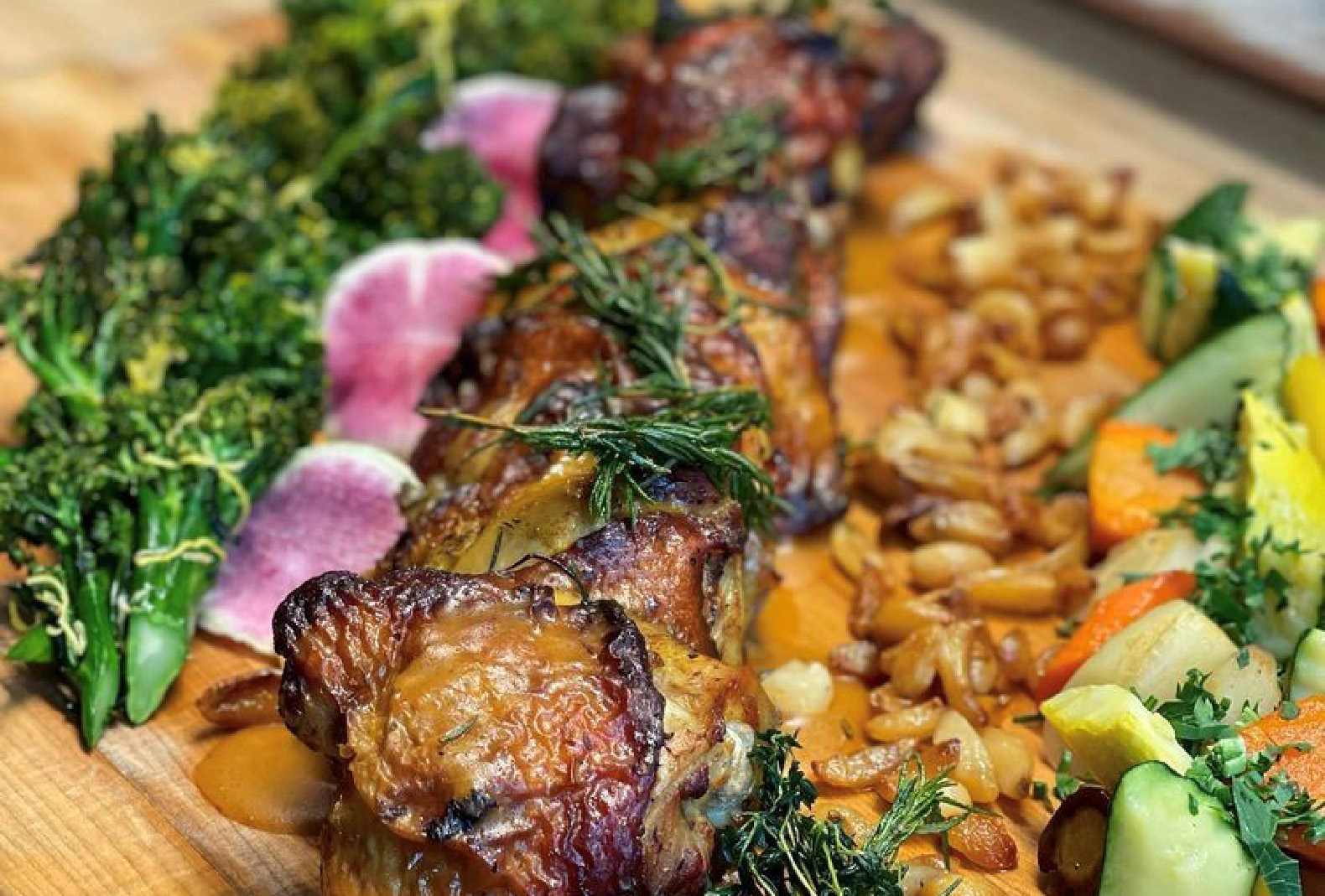 At Stanford, halal eating is incorporated into more than just menus, complete with education, workshops and collaborations with Muslim student groups on campus.

Fusion of experiences and flavors

“Halal can be any genre of food, but American halal food is a new genre which creates a fusion of Middle Eastern and Mediterranean flavors and American styles,” says Jamal Rasoully, Halal Shack’s founder.

Four years on, Halal Shack and its new sister concepts are a microcosm of halal food’s continuing journey in America. Halal Shack started as one test run in one SUNY campus center, and has since then grown and expanded into more locations on more campuses, no small feat during the pandemic. This year, Halal Shack has plans for 10 more new openings and is growing its footprint in hospitals, airports and other spaces.

“We are constantly in R&D looking for innovative menu items and food solutions,” Rasoully says, adding that, no matter your personal beliefs, there’s something of a spiritual element to this type of food that you can taste. “I am a huge believer in the aroma and energy of the food you cook and eat, largely from my Afghan roots. The spices we use create these amazing smells that generally make the food smell as good as it tastes, and that actually goes into our training process.” 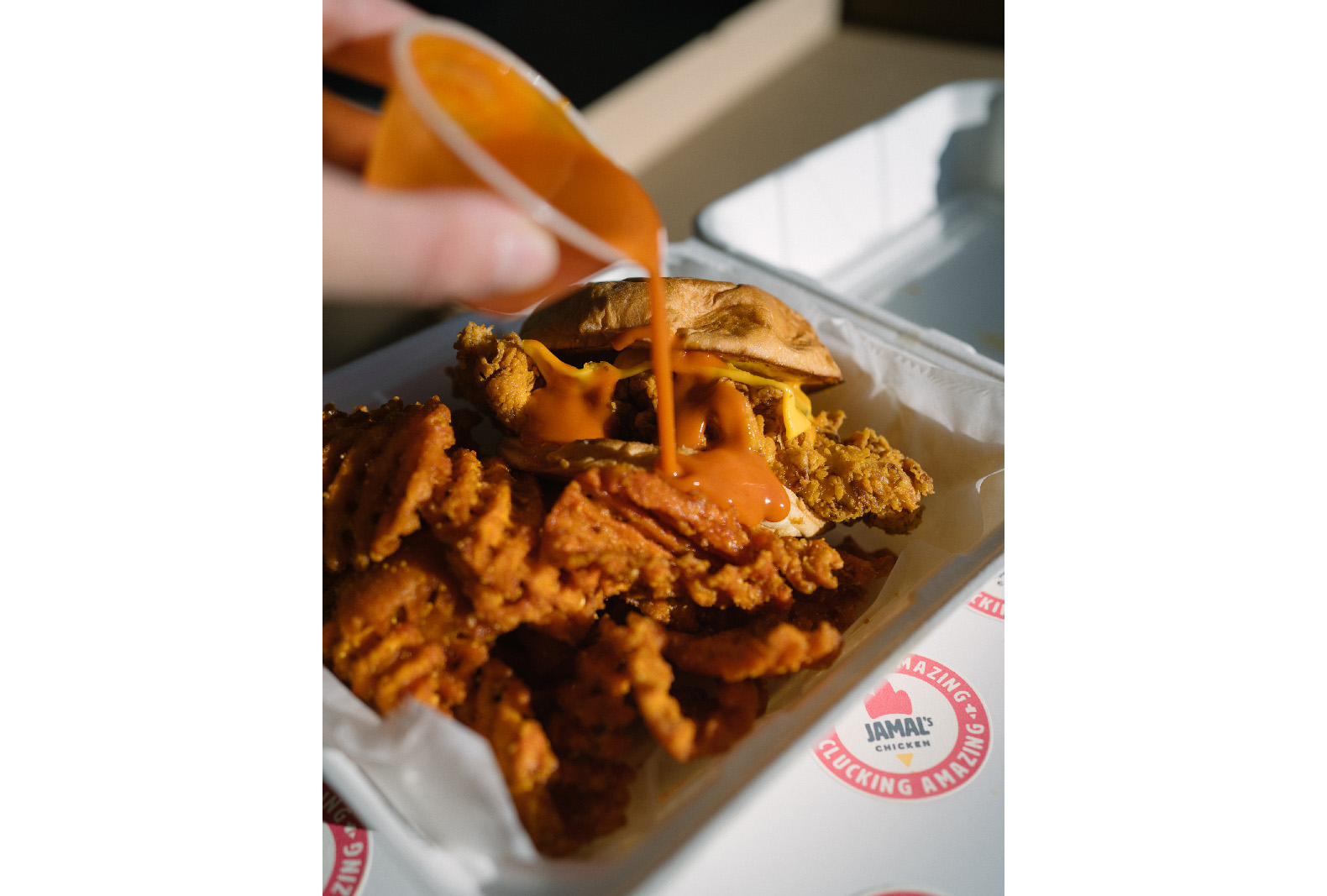 A major component to Halal Shack’s success during the pandemic has been the grab-and-go nature of the rice bowls the concept was built on.

“Our core items are rice, proteins and sauces,” he says. “We add varieties of those to the menu but keep the core items. We do improve on the core items but not from an ingredient matrix, more of an experience matrix.”

Rasoully and his team regularly get inquisitive on how to make the takeaway experience better for customers, essentially the name of the game in this day and age: “How can we hold it hotter for longer? How can we package it better? What can we add to compliment the product?” he says.

At Harvard, halal options were added to the FlyBy grab-and-go program, where previously the only halal choice was also the vegetarian selection.

America’s love affair with fried chicken sandwiches is starting to seem like a comfortable, committed relationship—no mere fling or fad! Rasoully, always on top of the trends thanks to his presence on college campuses, decided to create Jamal’s Chicken to add some halal power to the chicken sandwich space. Offerings include big, hand-breaded pieces of chicken, wings, sandwiches, wraps and more. All proteins are halal, and there’s a selection of vegan and dairy-free substitutes. Chicken tenders become part of chopped salads, too: Buffalo chicken salad, Southwest chopped salad and Nashville hot chicken salad.

Baba’s Pizza honors the past, keeps it halal

In 1982, Abdul “Baba” Rasoully opened his first pizza shop in Queens, NY, as an immigrant from Afghanistan during the Soviet Invasion. The Baba’s Pizza concept is based in that NYC slice tradition, with a wide selection of toppings and plenty of snacks (hello, garlic knots!), dips and hot sandwiches like chicken parm, eggplant parm and the indulgent and fun “Fat BaBa,” with chicken, mozzarella sticks, onion rings and barbecue sauce. 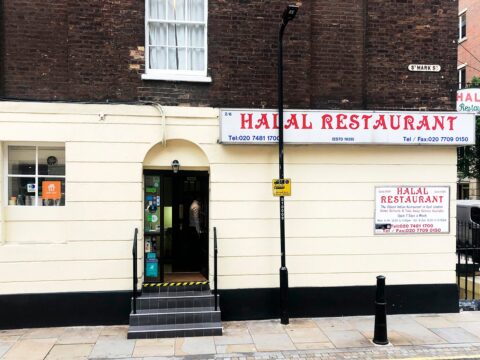 Your main guide to Halal food across the U.S.