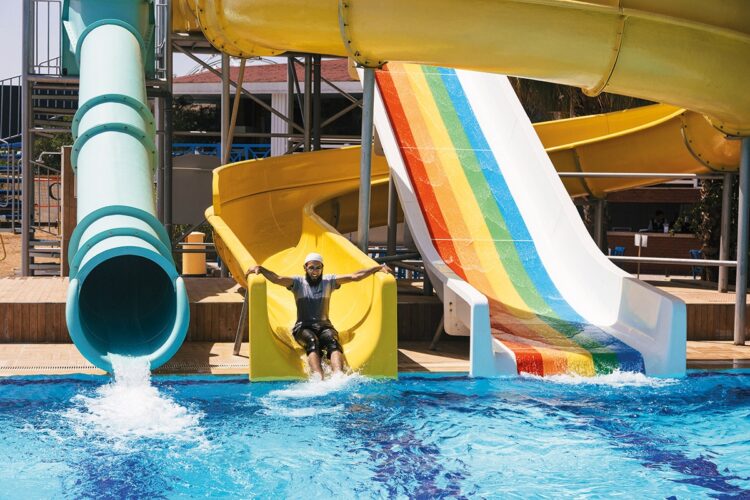 LONDON: With the market for Muslim travellers growing at pace, holiday-makers and travellers are broadening their horizons.

When Istanbul-based photographer Bradley Secker heard about a press-trip to a number of ‘halal-friendly’ hotels, opened in recent years along Turkey’s sunny southern coastline, he was intrigued – both by the idea of halal tourism as a business and by the practicalities of operating such spaces. ‘I thought it would be interesting to show how these resorts have developed,’ he says. ‘A lot of them were changed from resorts centred on Russian or European tourists. They made this quick transition because of the lucrative business potential on the halal side.’ It’s a process that has involved a number of architectural changes, most strikingly the sail-like divisions erected between male-only and female-only bathing areas. Halal-friendly hotels also cater to other tenets of Islamic belief. Those that Secker visited do not allow alcohol on site, serve only halal meals and other prayer and mosque facilities.

In photographing these hotels, Secker tapped into a much wider tourism trend, one that goes by many names – halal tourism, Muslim-friendly tourism, to name a few. It is a sector that has grown hugely over the last decade (Covid-19 presenting an obvious blip), moving from niche to mainstream. All-inclusive resorts such as those photographed by Secker are one side of it – appealing largely to families looking for an easy beach holiday with all religious requirements taken care of. But there are many other ways that destinations seek to capitalise on the Muslim pound and it’s not hard to understand why.

A couple from East London with their son at the Wome Deluxe hotel, one of many on Turkey’s southern coastline catering to the halal tourism market. The Wome Deluxe opened in 2015 Photo Credit: Bradley Secker

According to the Global Muslim Travel Index 2021 (GMTI), produced by Mastercard and the research organisation Crescent Rating, international Muslim traveller arrivals grew from an estimated 108 million in 2013 to 160 million in 2019. With Islam the world’s fastest growing and most youthful religion, this trajectory is expected to continue. Within countries that are members of the Organisation of Islamic Cooperation (OIC) – an international grouping founded in 1969, consisting of 57 member states, with a collective population of more than 1.8 billion – the Muslim middle class is growing. Meanwhile, in Western Europe and North America, second and third generation Muslims are entering the workforce in greater numbers with a resultant boost in disposable income. Many countries – whether Islamic or not – are looking to attract these travellers.

THE GROWTH OF A MARKET

Faiza Khan is a marketing lecturer at University College Birmingham who, in 2016, wrote a paper with a colleague titled ‘The Halalification of Tourism’, particularly concerned with addressing the wide range of terminology used in this space. She explains why this market exists at all, and why it has been growing. ‘If you go back 40 or 50 years, the main focus of many Muslims for travelling would be to go to Saudi Arabia for a religious pilgrimage, or it was to go back to their home countries to see their family and friends. For financial reasons, other travelling would have been a waste of time and resources. But then you get this new, younger generation who may not necessarily want to keep going back to their home countries all the time. They’re more exposed to the world, and they want to see more. But they want to do it without compromising on some of their religious values.’

Natasha Ahmed, editor of British Muslim Magazine, a lifestyle publication focusing on travel, food and shopping, agrees. ‘Even when I was young, my holiday was going to my cousins in Pakistan. And that was the be-all and end-all. But now I’ve been to Pakistan four or five times since then, and I’ve explored it for the country, rather than just going to see family and friends. I think a lot of Muslim audiences are now more educated; they have deeper pockets. And they’re looking for other things to do. This market doesn’t drink alcohol, so they’re saving a lot of money and they have started putting their money towards travelling, meeting people, being more educated, more cultural.’

Khan also notes that the September 11th terrorist attacks were a turning point for the industry, one that inadvertently led to new destinations becoming popular with Muslims. ‘In some of the richer countries, like Qatar and Saudi Arabia, people would historically have gone to Europe and America, but post September 11th America was very much a no-go zone. There was also a desire after September 11th to reconnect with heritage and culture. You have countries like Malaysia which tapped into this market very early.’

The GMTI produces a yearly ranking of holiday destinations, distinguishing countries based on a range of criteria, including ease of access and the environment (which includes Muslim travellers’ need to feel safe and face few restrictions in practising their faith). In 2021, Malaysia was the top-ranked destination, as it has been ever since the launch of the index in 2015. It was followed by Turkey and Saudi Arabia. Among non-OIC countries, Singapore maintained the top spot, with the UK second. Taiwan, Thailand, Hong Kong, South Africa and Japan were also in the top 10. The report notes that ‘these destinations have continued to do some level of passive marketing to the Muslim market even during the pandemic’.

Tourist boards have embraced a variety of approaches to appeal to Muslims. In Turkey, easy, all-inclusive offerings have proved popular. Elsewhere, the focus is on culture. The GMTI report singled out Uzbekistan for particular mention, noting that during the last few years it has ‘initiated several projects to capitalise on its very rich Islamic heritage to develop what it calls Ziyarah Tourism.’

Gastronomy is another key area, one that particularly appeals to younger, social-media savvy Muslim tourists. The report notes that ‘some destinations leading the way for this Halal Gastronomy landscape include Japan, South Korea, Hong Kong and Taiwan.’ In fact it is food, more than anything, that unites Muslim travellers. While there are wide differences in preferences and generational gaps when it comes to alcohol, segregation between the sexes and prayer, most Muslim travellers want to know they can access halal food (which means food that adheres to Islamic law, as defined in the Koran – ‘halal’ means ‘permissible’).

‘It’s one common factor – people have to eat,’ says Elena Nikolova, the founder of Muslim Travel Girl, a hugely successful travel blog aimed at the millennial market. ‘One thing where we are lucky, and I’m hoping in the next ten years we’ll find more of this, is that there’s plenty of halal options of local delicacies. I would like for more travellers to be able to enjoy those local delicacies in a manner that’s okay for them.’ Born to Greek and Bulgarian parents, Nikolova started the blog seven years ago, having converted to Islam three years before. Her aim is to give Muslim people the confidence to travel anywhere. ‘My target audience is mostly millennials of a similar age to me. They want to have fun, but within the parameters of their religion.’

In general, the sense among those writing about this industry is hugely positive. ‘I think a lot of the tourist operators, publishers and the market have merged very nicely into this jigsaw,’ says Ahmed, from British Muslim Magazine. ‘Before, I think people were keen to try and steer the market, but there were just not many key players. Now there are tour operators fully focusing on Muslim tours and Islamic cultural tours.’ Like Nikolova, her goal is to encourage Muslims to travel and feel confident doing so. ‘We try our best to offer a service to make it slightly more smooth and easy for Muslim travellers to access food and activities, as well as alcohol-free resorts. People still need to understand that Muslims can really go anywhere and stay anywhere.’ She adds that many places, once considered off limits, are now open to the Muslim tourist. ‘There was this whole taboo around going to Scotland, Glasgow and the Highlands, because there wasn’t any halal food there. Now, there are charity walks, women’s groups, men’s groups that walk the Highlands, or do Hadrian’s Wall, or walks around the Cotswolds.’

Destinations haven’t always got it right, particularly non-Muslim countries. Michelle Callanan, a tourism lecturer at University College Birmingham (UCB), notes that ‘there was a degree of tokenism at the beginning, where you’d say: “there’s a little prayer room over there, off you go”. But things have changed markedly.’

It’s a change that Muslim travellers have noticed. ‘This is just purely anecdotal experience,’ says Kahn, also at UCB, ‘but over the years when I’ve been to Malaysia, or even to Turkey, I have seen how in the early days, around the year 2000, people were not always open to having Muslim tourists swimming in pools, wearing burkini type clothes [a swimming costume that covers the body and head]. And that’s completely changed – completely changed over the years.’

‘Seven years ago, people were still asking me: “is it okay for me to go through airport security as a hijabi?”’ [a woman who wears the Islamic head-scarf], remembers Nikolova. ‘But now I see a difference when I go to places like Greece, or Bulgaria. Five years ago, when there were not many Muslims exploring, they would have asked me rudely to remove my hijab. Now, they just point me to a side room.’ The questions her readers ask have totally changed too. ‘People don’t ask me now about safety or security. They’re asking: “where can I find halal food? What things can I see, what mosques can I pray at?” That’s what I mean by confident Muslim travellers. From when we started seven years ago, we see a difference – these people have matured as travellers themselves.’

That said, finding a destination where Islamic clothing is tolerated and accepted is still a selling point for some people. For the Europeans Secker met in Turkey, holidaying in a safe space was certainly part of the appeal. ‘That’s what all the people I interviewed said – “we’re happy to go on regular package holidays in Turkey but if the woman is wearing the burkini there’s often an issue of staring from the regular public.” And they don’t want an alcohol vibe – those drunken Brits milling about.’

Muhammed (centre) from Bradford, UK, plays with his children at the mixedgender beach of the Wome Deluxe hotel in Alanya [Image: Bradley Secker]

He noticed this attitude particularly among tourists from France, a direct response to the move by three local municipalities in the country to ban the burkini from public pools and beaches. The issue received a lot of attention in the press a few years ago, but even in July of this year EuroNews reported that several female activists were fined for wearing burkinis in a Grenoble swimming pool. ‘Five women entered the city pool to bathe on Wednesday, causing the pool to be evacuated at the request of officials,’ read the article. The ban doesn’t extend to the whole country, but as Callanan suggests: ‘It implies that the whole of France is like this. It builds up a negative narrative for Muslim travellers.’’ 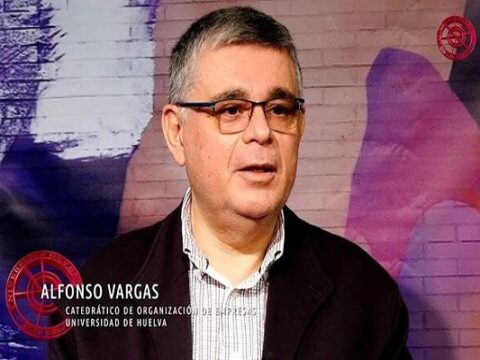 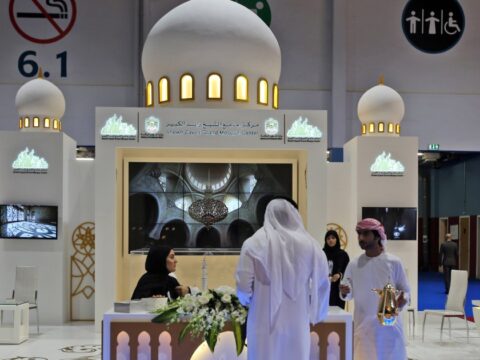